Twelve-year-old Linus's older brother, Albie, just went off to fight the Nazis, so now he has graduated from taking care of his younger siblings to being the family's delivery boy for their grocery store. Linus and Albie are big comic book fans, and while Albie is gone, he has entrusted his comic book collection to Linus. In the pile of comics, Linus discovers Albie's own creation, Mister Superspeed, a superhero who fights the Nazis; thus begins an everchanging imaginary relationship between Linus and the penciled superhero. In addition to this new relationship, Linus meets a man with a weird accent whose name he cannot pronounce (he happens to be none other than the famous artist, Piet Mondrian) to whom he delivers oranges every week. To Linus, he is just "Mister Orange." Mister Orange's house has clean white walls with shapes of primary colors tacked up on his walls, and loves Boogie-Woogie music and dancing. Mister Orange, by Truus Matti, is a story about family, friendship, war and imagination is a good introduction to the history of WWII and to art history for upper elementary and middle school-aged kids. 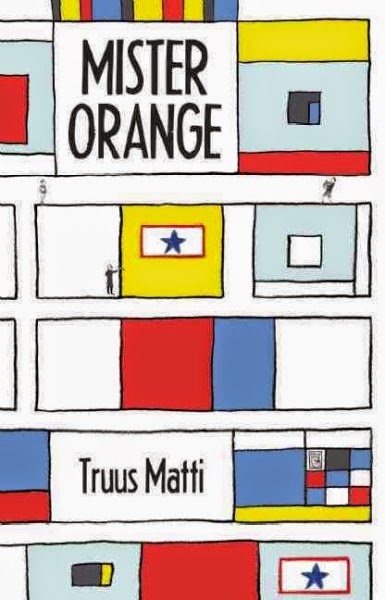 Posted by Holly, Youth Services Librarian at 8:12 AM