Take an international adventure through stories! Celebrate languages of the world by visiting several short bilingual story time stations. Grab a passport and get a stamp at each “country” you visit. After your “travels,” enjoy snacks including pan dulce, a delicious bread from Mexico. 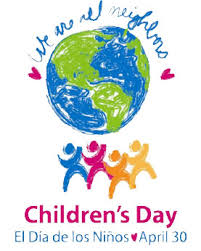 Join us in the Puett Room Sunday, April 27 for this all ages program


Future engineers and mathematicians! Come develop your STEM skills with LEGOs®.  Drop in to work on your creations with other builders, and give our race track a spin. We’ll supply the building blocks; you bring your creativity. 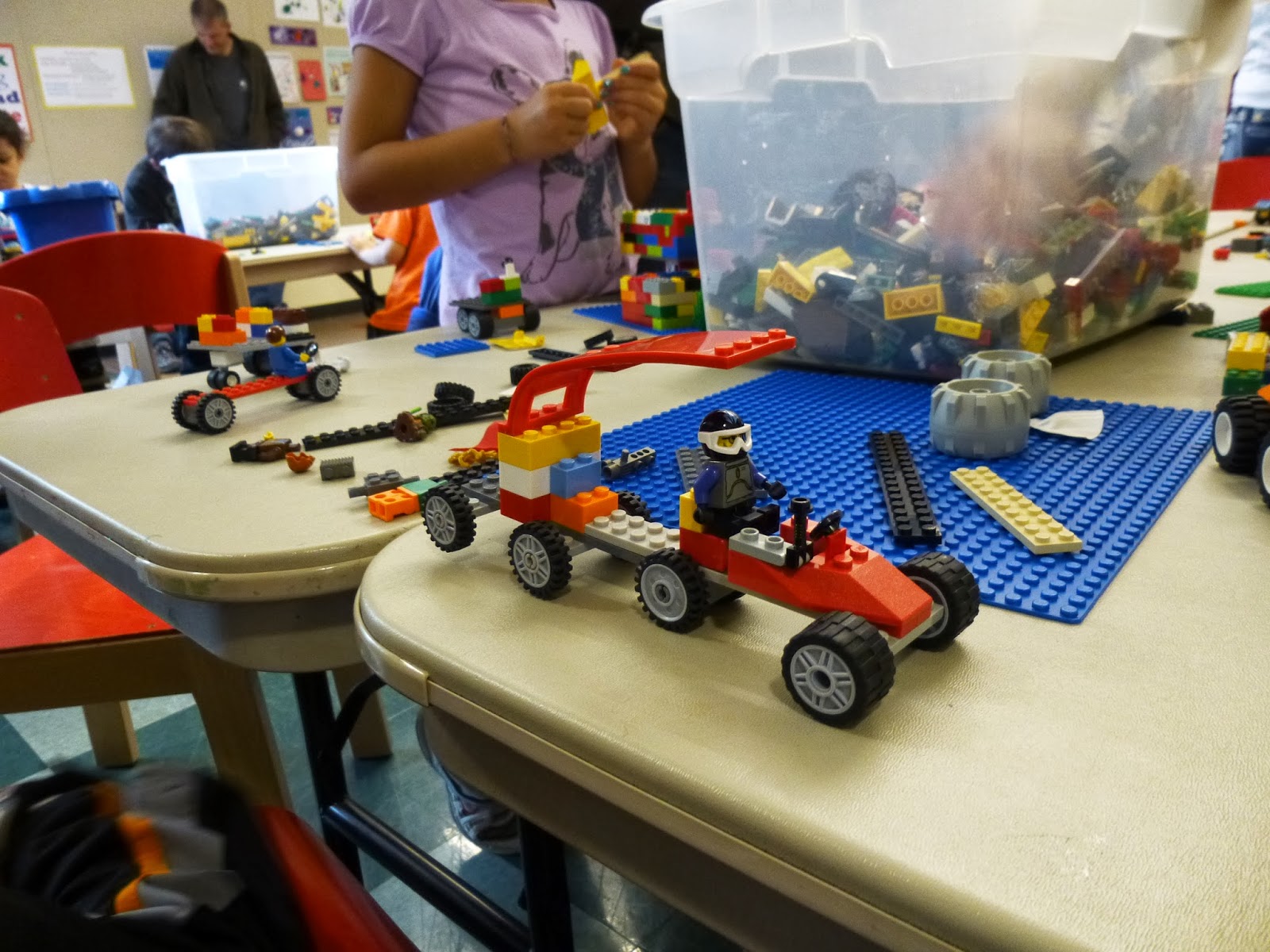 The Friends of the Tigard Public Library Spring Book Sale is happening!  Stop by the Burgess Community Room for used books, DVDs, CDs, and one-of-a-kind goodies.  Take home exclusive treasures on Friday and Saturday.  Then return on Sunday for the $2 a bag sale.  The Friends use the funds to support library programs, purchase books, and other needs.


Now in it's 12th year, the 2014 Beverly Cleary Children's Choice Award goes to 8 Class Pets = 1 Squirrel (Divided by) 1 Dog = Chaos by Vivian Vande Velde.  The award is sponsored by the Oregon Association for School Libraries and is named after long-time Oregon resident and beloved author, Beverly Cleary.  The award is geared towards books at a 2nd and 3rd grade reading level.
Posted by Janet, Youth Services Librarian at 2:43 PM No comments:

How would you like to experience the book Pete the Cat through the eyes of the author?
Take a look at this!
http://www.youtube.com/watch?v=uuHzYssjjGc

To find more Pete the Cat books you might not have read, click here, to visit our catalog.

Easter Eggs: they're not just for rabbits


Whether you celebrate the holiday or not, finding Easter Eggs has become synonymous with finding hidden images in media. The Disney Corp. is famous for hidding images in its movies. Finding "Easter Eggs" in Disney movies is a lot like playing "I Spy." Here are few websites to get you started:

The next time you check out a  Disney/Pixar film from the library, you might find your own "Easter Egg." My daughter found Flynn Rider and Rapunzel in the coronation scene in the moive Frozen.

Posted by JaimeT@tigard-or.gov at 1:36 PM No comments:

Who wants to cook with kids? I do!
I love cooking with my three-year-old. Here are a few ideas about working in the kitchen that will keep your youngster engaged, give them a tactile experience, and provide opportunities for them to learn about math in the process:


Here are a few tried and true recipes we love: 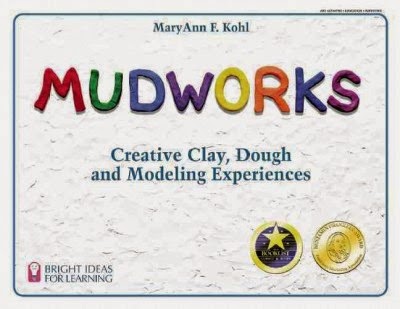 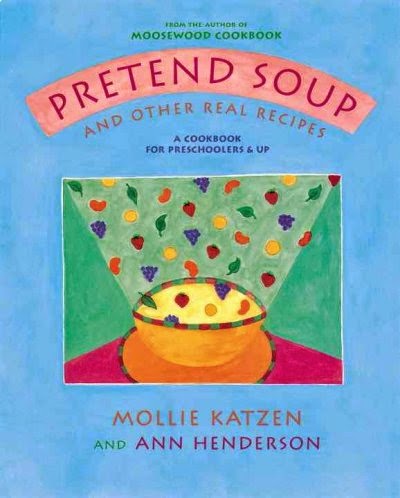 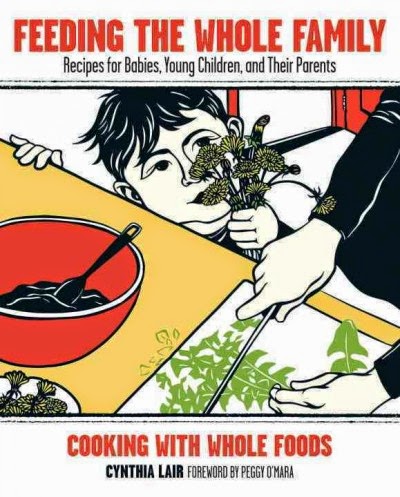 Popovers! from Pretend Soup, by Mollie Katzen and Ann Henderson
You can't go wrong with lots of eggs and lots of butter.

Chocolate Chip Cookies from Feeding the Whole Family, by Cynthia Lair
This amazing recipe has no eggs (all the better for licking the bowl) & maple syrup instead of sugar. Yum!

Playdough from Mudworks, by MaryAnn F. Kohl
Make your own playdough. So fun.


And if you really need a belly laugh, watch author John Green whip up some mac & cheese with his tyke.

Posted by Amber, Youth Services Librarian at 10:00 AM No comments:

We recently added a bunch of new picture books to the collection. Here are a few favorites. 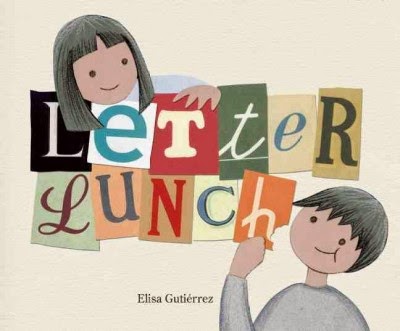 Letter Lunch by author/illustrator Elisa Gutiérrez is a wordless picture book in which the characters look for very unique ingredients to make alphabet soup. 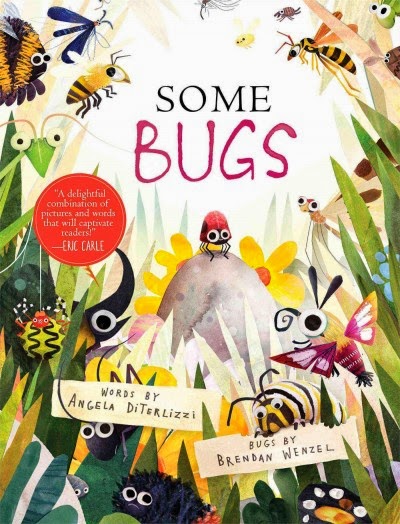 Some Bugs by Angela Diterlizzi is a visual joy of color and action all centered around bugs! 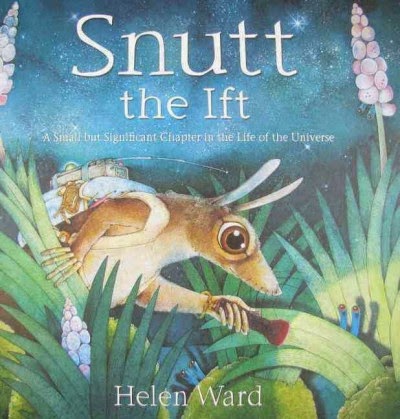 Finally, Snutt the Ift by author/Illustrator Helen Ward is a delicious experience in both words, color, and message. 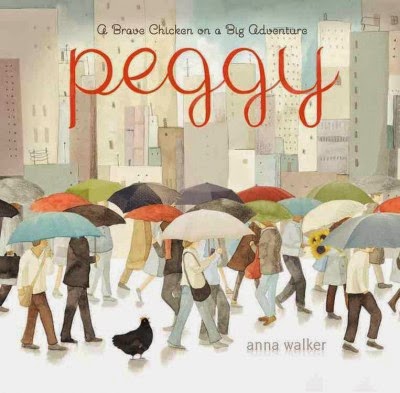 Peggy  by author/illustrator Anna Walker, follows a lost chicken through a busy city. With a little help from her friends she finds her wy back home. Using mixed-media, Walker conveys a sense of whimsy throughout the story
Posted by JaimeT@tigard-or.gov at 1:17 PM No comments:

Did you know that April is math awareness month?  Why not take some time to explore some fun arithmetic books with your young reader today!  Here's a handful to get you started: 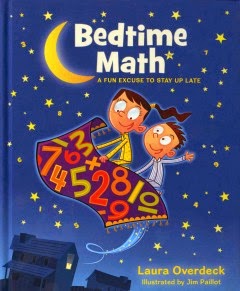 Bedtime Math and Bedtime Math 2: This Time It's Personal by Laura Overdeck, for ages 3 to 7
Each of these books contain over 100 kid-friendly math problems on topics such as jalapenos, submarines, roller coasters, flamingos, missing socks, and glitter.  After spending time with either of these books, kids will discover that math surrounds them in their everyday lives. 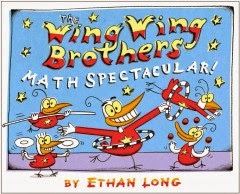 The Wing Wing Brothers Math Spectacular by Ethan Long, for ages 3-7
In this picture book, The Wing Wing brothers put on a show complete with their silly antics that illustrates how to compare numbers, add, and subtract.  These guys are absolutely hillarious! 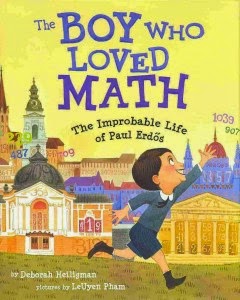 The Boy Who Loved Math: The Improbably Life of Paul Erdos by Deborah Helligman, for ages 3 to 8
This juvenile biography tells about the life of Paul Erdos, who grew up in Hungary during WWI.  He  He was fascinated by numbers from an early age, and by the time he was 20, he was known as "The Magician from Budapest". 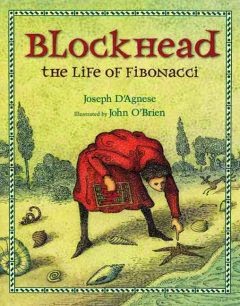 Blockhead: The Life of Fibonacci by Joseph D'Agnese, for ages 6 to 9
Here's another juvenile biography about a mathematician.  Leonardo Fibonacci was a 12th century mathematician who discovered the numerical sequence that was named for him. 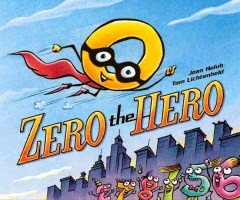 Zero the Hero by Joan Holub for ages 6 to 10
In this picture book, Zero believes that he is a hero, but the counting numbers think he is worthless until they get into trouble with some Roman numerals, and only Zero can help

7 X 9 = Trouble and Fractions = Trouble by Claudia Mills, for ages 7 to 10.
In 7 X 9 = Trouble, Third-grader Wilson struggles with his times-tables in order to beat the class deadline, which will be an ice-cream party.  In it's companion book, Fractions = Trouble Wilson struggles with with fractions and, much to his embarrassment, his parents sign him up to work with a math tutor.  These two easy chapter books are great choices for transitional readers making the leap from early readers. 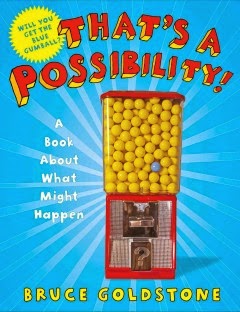 That's a Possibility by Bruce Goldstone, for ages 7 to 10
Colorful photographs and interactive examples introduces children to the ideas of something being possible, probable, or impossible. It contains easy-to-understand, fun scenarios such as dice rolling and bowling, complete with questions about probable outcomes and simple explanations. Plus the gumball machine on the front cover looks really cool too!
Posted by Janet, Youth Services Librarian at 9:00 AM 1 comment:

Friends of the Library Book Sale is Coming!

Posted by Janet, Youth Services Librarian at 8:00 AM No comments:

Labels: all ages, book sale, Friends of the Library

On Sunday, April 13  at 2 p.m. to 3:30 p.m., celebrate Curtis Tigard’s 105th birthday with the Tigard Historical Association and the Tualatin Valley Community Band. Curtis’ grandfather Wilson Tigard arrived in this area in 1852. His father Charles F. Tigard opened the general store that became the first Tigardville post office. Born in 1909, Curtis enjoyed a long banking career that began on Main Street in Tigard’s first bank. Join us for local history, period music and toasts to Mr. Tigard as we celebrate his life and legacy.
Posted by Janet, Youth Services Librarian at 9:00 AM No comments:

Do you love to play with words?
Join us at the library on Saturday, and bask in the delight of word artistry to your heart's content. You don't have to be a language expert to dabble in the poetic waters. Just come, and experiment with cut & paste missives, magnetic verses, stacks of word rocks, and more. Everyone will take home their own notebook, filled with playful word designs and ideas for future projects.
Saturday April 12, 1:30-2:30 in the Puett Room.
Posted by Amber, Youth Services Librarian at 10:00 AM No comments:

In honor of Arbor Week, I'd like to share a quote from the book  Planting the Trees of Kenya: the story of Wangari Maathai.

"Wangari saw that the people who had once honored fig trees and now cut them down had forgotten to care for the land that fed them. Now the land, weak and suffering, could no longer take care of the people, and their lives became harder than ever."

Celebrating Arbor Week reminds us that planting trees is an important part of keeping the land healthy so that we can stay healthy. 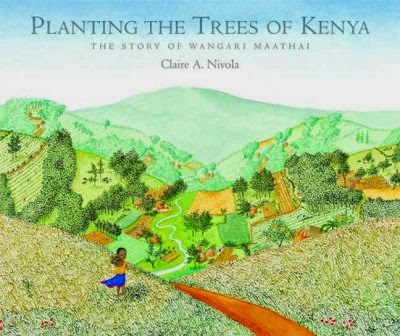 There are several picture books about Wangari's story, but to me the pictures in this book compliment the moving story of Wangari's civic responsibility, conservation, and persistence the best.

If you would like to learn more about Wangari Maathai, simply click the link from her name.

Posted by JaimeT@tigard-or.gov at 5:33 PM No comments:

If you love trees and picture books, especially picture books with trees in them, you can show your love by playing our tree matching game! See how many trees featured in picture books you can match with their real tree counterparts. Turn in your answers for a chance to win a prize!
This program begins, Sunday, April 6 and continues through Saturday, April 12. Winners will be called Sunday, April 13.

I just read two picture books that are great for building early literacy skills.  And what is interesting about these two new bird birds, they are both by first time authors!
Nest by Jorey Hurley provides one word descriptions of the day to day activities of a robin, as she builds her nest and hatches her baby chicks.  Beautiful and clear pastel images provide meaning to the descriptive word being used, making it perfect for vocabulary development.

The other is Early Bird by Toni Yuly.  Here, Early Bird likes to wake up early every day so he can catch his worm.  Flaunting through the yard in search of breakfast, simple text describes his actions.  Then when he realizes he would much rather share his breakfast with the worm, the story takes a turn to a happy ending.  Large bold illustrations and font make for a perfect opportunity for little ones to practice narrative skills where they in turn can tell their grown-ups the process of the story from beginning to end.
Posted by Janet, Youth Services Librarian at 9:00 AM No comments: